Today marks the one-year anniversary of what was the worst day of my life so far. My best friend and biggest support was hit by a semi-truck doing something he loved, something that gives him life. Simply riding his bike. If you don’t know about this, you can read about it here, but it’s more likely you have not only heard about it, but have also been praying, asking, calling, texting and checking in for the past year and for that I cannot thank you enough.

Most of you know it’s been a rough year, but it’s been through all this that I have seen the true character, grit, strength, patience and determination that makes up the man I married almost 30 years ago. I don’t know how he does it. I only have like, maybe TWO of those things.

He will no doubt hate this post as he is a private man with more humility than anyone I have ever met. He doesn’t like the limelight, or kudos (unless it’s on Strava – ha!), or pity, or special treatment. I think this is what I admire most about him. He’s just humble. He always looks to build others up and has never held his accomplishments over anyone…ever.

I wanted to celebrate this one-year mark with all of you and let you know that, in the words of Macklemore, John “is back, like [he] never left... [he’s] Got a chance to start again. [He] was born for this..it’s who [he is]. [He] made it through the darkest part of night…[and now is feeling glorious].”  ‘Glorious’ might be too strong a word, tbh, but when this song comes on my playlist, my heart soars, my eyes tear up and I feel such a fierce gratitude and awe at what it took for John to get back to where he is today. Hit play if you wanna feel it with me… 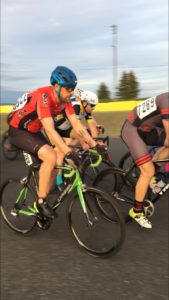 As our own private commemoration last week, John entered his first bike race since the accident and finished second in a photo finish. You have no idea how significant that was to both of us. In an emotional moment after the race, he said, “It’s just a small race and I know it doesn’t really mean 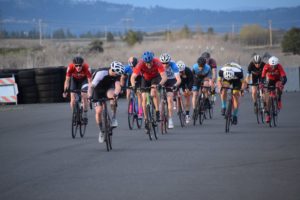 anything, but it means something to me.”  Yeah, John….me too. It means something to me too. It means you are a fighter. It means you conquered your fears. It means you are physically and mentally back to a place where you can compete. It means that all those hours of therapy, exercises, prescriptions and treatment were not wasted. It means that you showed me and, more importantly, our kids how to never give up, how to pursue doing things you love no matter how hard it might be and how much sacrifice it takes.  And it means that we get to pursue our epic adventure together and I tell you this – there is not a person on this planet I would rather have at my side.