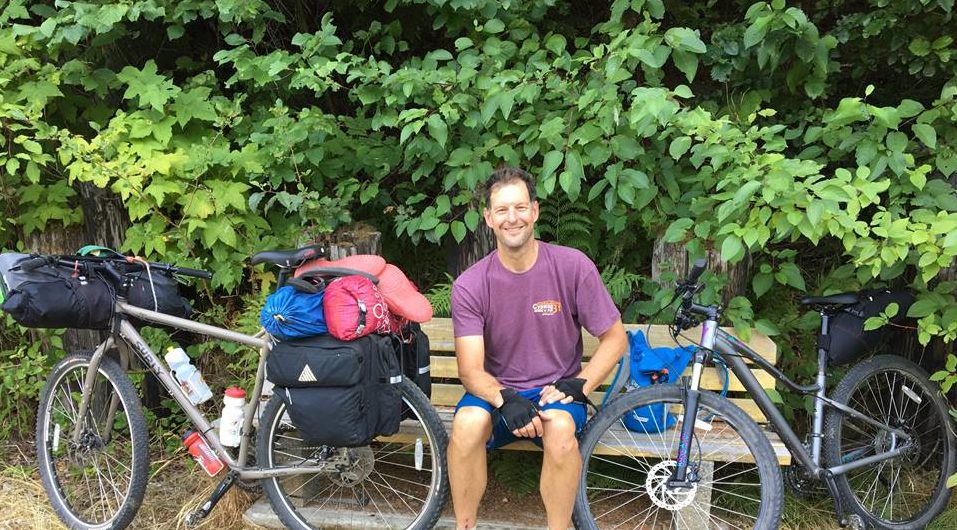 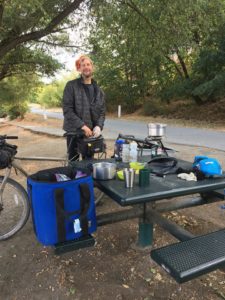 Many of you will be familiar with the term. Some of you may even be die hards where riding your bike interferes with your actual job. But I would guess that most of you who are reading these blogs because it’s us (and not because you care about cycling) don’t know what it is, so here is my definition: Bikepacking is a mode of travel such that all that you need is what you carry on your bike. That’s it. Pretty simple, hey? It may or may not involve pain and suffering, depending on your route of choice, but it will most definitely push cyclists to their limits, whatever those may be. Oh, and it’s a total blast.

I didn’t really even know that much about it until recently when John decided to ride from our home in Nelson, BC down the Oregon coast and then back to Portland, OR. As I was watching him pack his gear, it dawned on me that although I cannot keep up with him on a road bike (never have, never will), we might be able to cycle together on mountain bikes, especially if I make him carry all my stuff!

This is me on my very first bikepacking trip that involved not sleeping in my own bed at night. I am standing close to John’s bike in hopes that someone might mistakenly think that it’s my bike. Truth. I wanted so badly to carry my own load, but John, in his wisdom, gave me just a 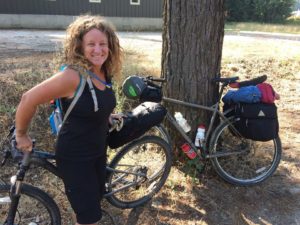 little (my clothes stuffed into his Revelate Pika) so that I would actually want to ride again. Smart guy. We rode about 150km on that trip and I was feeling pretty proud of myself, this being my first time. Then in the early fall, we rode the Bitterroot 300K and I was hooked. I think I only cried twice the whole time.

And Along Came Wednesday →